I've heard a lot of crazy stories, but this one makes my top 10 list for sure.

A 26-year-old blogger, Beccah Beushausen, had thousands of followers hanging on to her every word as a single mother carrying a terminally ill baby. Her courage was admired by many as a woman deciding to have a 'doomed' kid, especially with Christian and anti-abortion peeps. And, when she gave birth to her child, their support only grew; her website received 1 million hits shortly after the subsequent death.

Until they found out it was all a lie. 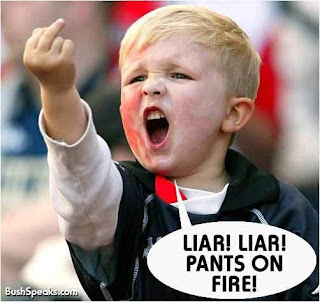 Yes, Beccah's not pregnant. At all. She made it up. Wow, to be honest, I'm still in shock. Why would she do this? It wasn't like she got paid for the advertisements on her blog or accepted donations from peeps, because she didn't. So, what was she gaining? Was it some sort of sick, mental gratification? This story puzzles me from the floor all the way down to my toes.
I guess sometimes you can't make sense of thangz. Sometimes maybe you're just meant to shake your head and not think at all. Here's what Beccah had to say after deleting her site and Twitter account --
"In my life I've had good days and I have also dealt with a lot of pain, including the sorrow over the loss of life, among a lot of other things. I don't say that to garner your sympathy or to lessen your anger. I say it because it is true. Was the loss present day? -- No. But true, none the less. In my "calendar past," perhaps, but still very much so in my present day to day."I lied and I am not trying to hide that, nor am I trying to minimize it. Worse still, I lied to a community of people whose only intention was to support me through this time and that is wrong, and for that I am sorrier than you could know."
"The #1 question I have been asked in the last few days is what I would tell people online who followed my story, who are now upset to find it is not true. - The simplest and most honest way that I can answer why I started lying (even prior to opening my blog) and started my blog is that I am struggling with my life. I have been dealing with unresolved pain that weighs heavy on my heart and which I have been unable to handle alone."
Yeah, she's going on my "Never Date This Crazy Chick" list. Check out the article here.
Posted by Lauren Hamilton at 5:47:00 PM