Yes, it's true. Billy Mays, TV's pitchman, was found dead in his Florida home this morning. 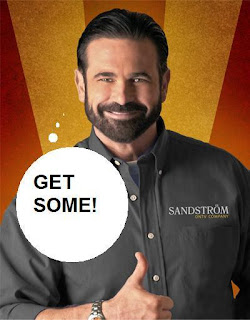 Yeah, he probably did crack and some other crazy drugs that lead to his death at the age of 50. But, this is still sad and a great tragedy. What are these public figures doing to themselves? We all know Michael was on a lot of medication and I suspect it's the same situation with Billy Mays. The fact is, there are tons of doctors enabling millions across the country to abuse their bodies everyday. Sure, the money must be great, but lives are at stake. People are dying who shouldn't be until 30-40 years down the line.

Apparently Mr. Mays hit his head during a rough air plane landing the night before, which makes investigators suspect that contributed to his death. Yeah, uh, I've hit my head before on an airplane and the most that happened was...nothing. Sigh. We'll see what comes out of the autopsy report. I wish his family all of the best.