It's hard to balance school with dating and life. But, there are a lot of positives to be thankful for, peeps.

A black man is about to be president of the motha freakin' country -- Barack Obama! I never would have thought this day would come, but it looks like we're close. Yet, I can't help but think of Al Gore. He was so ahead in the polls and look where we are now......but, I'm going to be optimistic! It's Barack's time. And the thought of Palin being president ('cause we all know McCain has one foot in the grave) makes me wanna vomit.

Lindsay Lohan and Clay Aiken came out! Clay...it's about time. Lindsay. Bless your heart. You're totally doing an Anne Heche right now. It's okay. When I flick on the television and see that you've married a man, I won't be shocked.

Madonna finally got divorced. I thought her husband was going to kill her every time I saw him look at her. I think if they were together for much longer, Madonna would have turned up dead in a ditch somewhere underneath a bridge in Compton.

I'm dating a wonderful woman and writing mucho. To be real with ya, I'm a little scared as I see the economy getting worse and worse. Could be really be going into a recession right before I graduate?

Let's stay positive and hope for the best!

Advice for all my young peeps: save your money and focus on you. There are many unknowns at this time and we need to watch out for ourselves.
Posted by Lauren Hamilton at 7:41:00 PM No comments:

(photo found here)
You know, I was thinking about Palin...and how she reminds me of someone. I finally figured out who that genius of a woman reminds me of: Tina Fey!
Which one is hotter? Tina Fey strictly for her Beyonce-fied booty and witty humor. Love her!
Posted by Lauren Hamilton at 3:59:00 PM No comments:

Is She Gay or Not?

Can't tell if the girl you're dating is gay or not? Here's what you should look out for to tell if you have a carpet muncher on your hands: 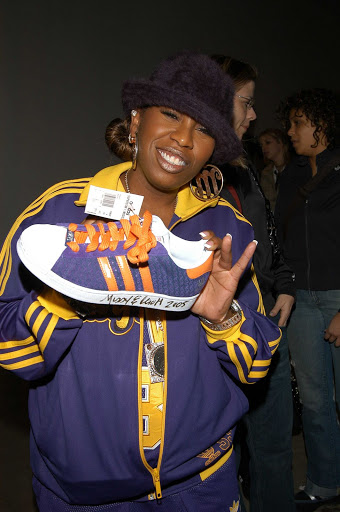 Welcome to the first blog post of my blog!

I don't know what brought you here but I am glad to have you. The name's Lauren. I'm an Aquarius, which means I like love. A lot. Coincidentally, this is the subject I'll be talking about often on my blog.

Why?
Straight up, everyone wants to fall in love...right? But, it is difficult. I mean, quite honestly, even dating ain't easy...or being intimate and letting go. The list can go on and on and on.

At times, everything about love can make us want to scream! As a young person in my 20s, I'm still figuring much out about who I am, what I'm looking for, and what kind of woman I strive to be.

On this blog you'll find out -- hopefully -- more about yourself and begin to ask questions you never have before.

Most of all, you'll smile and laugh and sometimes cry.

Welcome!
Posted by Lauren Hamilton at 7:30:00 PM No comments: