I'll be straight up with ya. I have been surprised by the lack of rude, insensitive comments about Michael Jackson and his "hobbies."

He wasn't perfect, to say the least. I would make a list, but there's no need. NY Congressman Peter King said enough -- 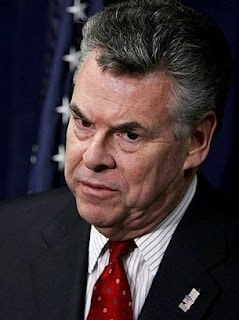 As in calling Michael Jackson a "pervert" and criticizing the public for not acknowledging this.

I think it's called being respectful, Mr. King, but we're all entitled to our own opinion.

He also said that the"day in and day out" coverage of Jackson's death is "too politically correct."

What happened to letting someone go in peace? Sometimes you don't need to say anything. At all. We all knew Michael, both the good and the bad. I don't know about you, but I'm going to continue focusing on the good.
Posted by Lauren Hamilton at 1:31:00 PM

CLAIMS AGAINST MICHAEL THE SAME BOYS BEGGED AND PLEADED TO SLEEP

MICHAEL HELPED THEM AND BECAME FRIENDS THEY TURN RIGHT AROUND AND

slept on the floor and theres nothing wrong with that