Okay, President Barack Obama is flat out, after my father, the greatest guy on this planet. Today he asserted unheard of government control over the auto industry by bluntly rejecting turnaround plans by General Motors and Chrysler and forcing General Motors CEO Rick Wagoner to resign. 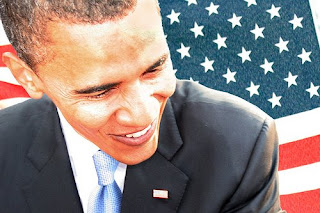 I don't care what anyone says. Our president is a bad m-f and I fully support him. He basically told General Motors to go screw themselves and that, if they want his money, they gotta follow his rules first. And the first rule is to get rid of the private jet flyin', over paid CEO since he's not helping the cause anyway. Seriously, Barack is a smart, honest, good human being.

It's refreshing and beautiful to watch after Bush. I feel like this man is going to change this country for the better in ways we will come to realize decades from now. As a young person, I feel like anything is possible again.

If only he could take a broom to the entertainment industry. We could use less of Lindsay Lohan and Octomom.

i disagree on one point.... leave the fake lezzie and baby spitting uteri out of it. now you're crossing over into personal choice issues... as much as i think it's sad for those babies (and for the lesbianic culture) i don't want to invite government into our personal space. Now, tackle the healthcare industry and putting 8-10 fertilized eggs into a womans body and i feel ya.