Dying and Cancer and Fear.

Oh, snap. I may need to relocate to Washington D.C. -- 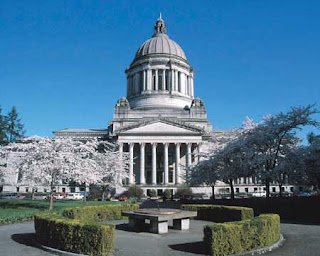 
Under a new state suicide law, peeps can legally and respectfully take their own life under certain conditions, such as having a terminal illness. A 66 year old woman with cancer has become the first person to die under Washington's "Death with Dignity" law using prescribed medication given to her by the state.

Wow. That was my first response after reading an article about this law that took effect in March.

To be real, I also thought -- "in 3 months, only one person has used it?" That's surprising.

But, even more shocking is how young this woman is...66 years old. Terminal cancer. That's tough, and I can't imagine what it was like to be in her shoes, but I wonder if this woman had anyone in her life? Did she have someone by her side, or who made her smile every day? I wonder how she felt before she took the pills.

The important thing is that she left this Earth the way she wanted to leave. She had the choice to say, "Hey, I had a great life. I'm out." Whether it was a painful one or not, who knows, but I'd be lying if I told you I had her courage.

To die, by choice.

It's a scary thought, at least to me. One that I don't even like to entertainment often, if ever.

5 years ago, on this very day, I recall the family meeting to decide whether to stop feeding my brother through a pick line in his lower shoulder that he had been attached to for months. It wasn't as hard of a decision as you would think, especially if you looked at his once strong and able body, now emaciated and racked with pain. The cancer was terminal and had been for months. Somewhere inside you know it's the right thing to do but at the same time you always hope (pray?) for a miracle. Since none of my prayers ever seem to be answered, it was time to let him go. My father was the only dissenting vote, but then he has always been a selfish bastard.

For the next 3 days we sat with him, talked softly to him, whispered our forever and always love to him, and begged him to let go of the physical world that was causing all of us such intense pain. On the 27th of May, he convulsed, bled through every orifice in his body and died a violent death right in front of my eyes as his heart must have exploded trying to out run his pain. It wasn't dignified in any sense of the word, but his life hadn't been dignified for many weeks. He died in diapers in his own bed, with all of us watching in a state of perpetual disbelief that any of us, least of all him, could endure this magnitude of physical and emotional pain. I spent hours examining the machine that delivered what could be a lethal dose of pain medication, if only I had the key or the ability to short circuit it's timed release. I wasn't smart enough, strong enough, or maybe just not committed enough to give my brother the only gift I imagined he would want.

His pain is now gone but his dignity will never be restored. Does it matter? Hard to say. The questions about the right to die are never easy to answer. I know that after being a participant in his death 5 years ago, I have never looked at death the same. I won't die like that, I promise.

The lesson learned for me is to make those who love you aware of your wishes in death. Not just how you want to die, but what you want done with your body, your ashes, you worldly possessions. We had to guess most of the time because he lived his life as if he would never die. The decisions fell to us, those that loved him, at a time when our fragile state of heart and mind was least prepared to make decisions about his life and death. KC 4/11/61 - 5/27/04