This is Chaz Ebert. 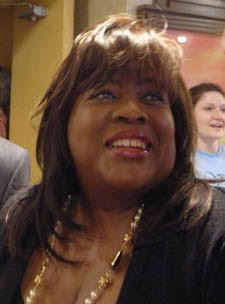 
As many of you recognize, below is Robert Ebert -- the world's most famous film critic. He's been a popular public figure for decades with shows such as Siskel and Ebert and The Movies and Sneak Previews. His voice is recognizable to millions, including myself.

Which is why I was shocked after finding out that he would forever be unable to speak when he suffered post-surgical complications related to thyroid cancer. 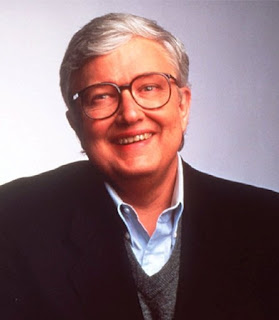 Chaz and Robert Ebert. As you can imagine, they've been through a lot in the past several years. And the entire time, Chaz has watched and supported Ebert through all of the ups and downs of a tough disease called cancer, which she makes look easy:

"Sometimes, I'm almost ashamed we feel so positive. People think you shouldn't be so happy, because when you fall, it's going to be that much more disappointing. But you know what? We'll take each day as it comes" she told PopEater.

After watching them on Oprah, you get a true idea of how much they love each other. Ebert can't smell, taste, or talk anymore. Most people would spiral down into a deep depression, but not him. Everyday he watches movies and continues to write reviews. And, guess who is by his side -- Chaz. She drives him to every event, eats lunch with him daily, and always supports his decisions.

Strength.
Unconditional love.
Present moment thinking.
These things are hard to come by, but from what I've learned this past year in Los Angeles as a young adult, it's in all of us. Sometimes we have to be pushed, or hit rock bottom to see how strong we are inside.

We are all Chaz's. This isn't a question for me -- whether or not I would stand by my partner's side if she got cancer -- it's a fact. However, I know everyone is different. So, I'm throwing this out to you:

What would you do if you found out your boyfriend or girlfriend...husband or wife had a terminal illness?
Posted by Lauren Hamilton at 8:44:00 AM