Word on the street is American Idol's Adam Lambert is a raging queen after photos of him kissing a man appeared all over the Internet. 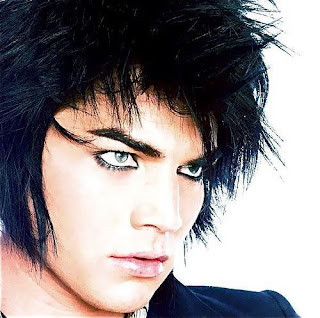 Is it not obvious?

I don't know what gave America the impression that he's gay. Is it his flamboyant attire and mannerisms? The three layers of mascara and lip gloss? It is the theatrical, diva, everything-but-masculine way he performs? I mean, come on folks, it doesn't get gayer than Adam Lambert.

Even my balls are bigger than his.

And you know what. It shouldn't and doesn't matter. Adam is a talented, classy, handsome man who blows --no pun intended--everyone away when he sings each week, gay or not gay. I'd love to see him crowned the first homo idol not only because he's fabulous but also because it would make me proud. And, from what I can see, it would also make the rest of the world proud as well since he's leading the pack.

Come out, come out.