Sad news, but Jenny Craig is getting sued by Weight Watchers International Inc. 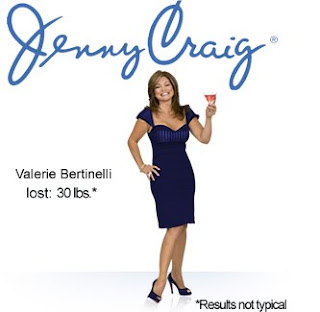 In a recent commercial, Jennny Craig falsely claimed that "a major clinical trial" shows its clients on average lost more than twice as much weight as "those on the largest weight loss program" (a Weight Watchers reference).

What's the problem with this?

Honestly, I think J.C. has a major issue on their hands here. But, I hope Weight Watchers doesn't want that much money. However, if they do, I understand. I wouldn't want another person or entity giving false information to millions of people. Straight up, it just ain't fair.

Keep your eyes on this, folks.
Posted by Lauren Hamilton at 6:28:00 PM