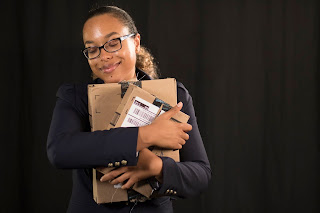 I've been shopping on Amazon for years. However, last year I started using Amazon Prime multiple times a week. I was getting packages so often that it became a joke at my job (that's where I had packages delivered). My co-workers eventually called me a "Prime Addict" and thought I was an unofficial spokesperson for Amazon. As the weeks went by and the boxes kept coming, I started to agree with them.

In October of last year, I jokingly said to my colleagues that I was going to start a web series called, Amazonaholic. Then, I started to give the idea some serious thought and had a conversation with myself (I have many of those).

"Do I love Amazon Prime?"

"Could I write a ton of scripts about Amazon?"

The answer to ALL of those questions was YES. So, that's when I decided to spend one evening brainstorming what Amazonaholic  the web series would be. After several hours and a few glasses of wine, I had over 5 episodes written. That's when I realized I had to make them, and approached several actors I know. Luckily, they all wanted to be a part of the project and thought it would be fun. My cousin who is the CEO of Librium Pictures came on as the Director. It all came together quickly and easily!

In March of this year, we filmed the first 4 episodes. Here are a few pictures from the set: 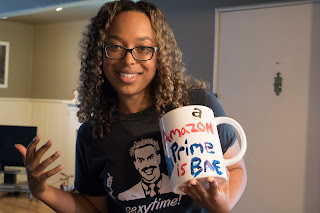 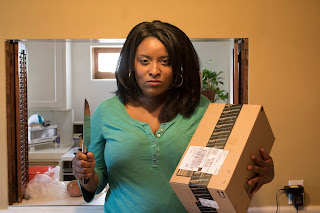 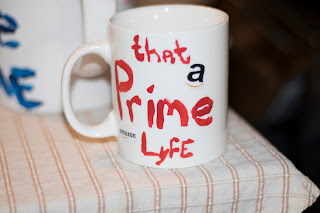 It was a ton of fun to be in the videos and also work on set with Angela Burris (Director) and Shannon O' Conner (Actress). Please check out the first episode here: